Scotland, 1940. Fifteen year old Louisa, recently orphaned by the separate deaths of her parents – her mother during the Blitz and her Jamaican father on a ship – has travelled up from London to a job looking after an old woman at a pub near an airfield. There she meets Ellen, a driver who works at the airfield and Jamie, a pilot. Kindred feelings of exhaustion and desperation to fight back bring them together, but when a German defector lands in their midst, carrying a machine that could alter the course of the war, they find themselves caught in a deadly game. 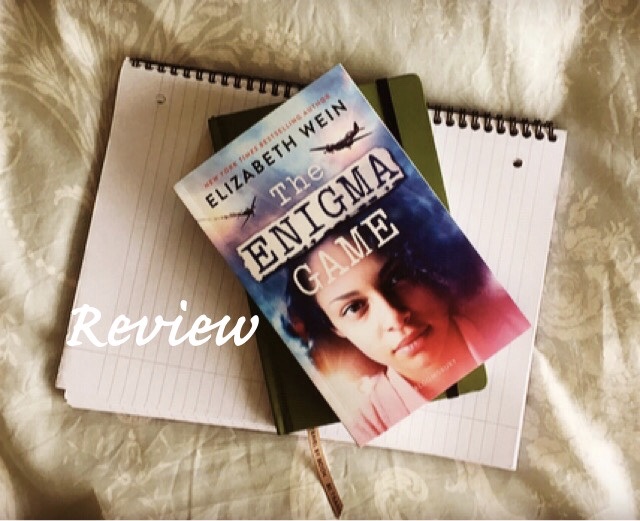 I’ve, like many of you, I’m sure, been super restless lately. I pick books up, I put them down a couple of chapters in, I stare listlessly at my bookshelf wondering when my appetite for reading more than a chapter at a time will return from the war.

Despite knowing this, I signed up for The Enigma Game blog tour because I needed another Elizabeth Wein book in my life. This pacy, high stakes book was just the thing I needed to save me – not to mention the thing Wein does best, character.

There’s Louisa, bold enough to call about a job in Scotland, hoping that her accent will get her the job and she won’t be turned away when she gets there because of the colour of her skin.

Ellen, hiding her Traveller heritage behind the equalising uniform of the RAF, wanting to help out in any way.

Jamie Beaufort-Stuart (yes, that one!) a hot headed flight lieutenant treading the line between keeping his squadron alive and getting involved in heroics that will help the war effort in a bigger way.

Usually in a multiple-POV novel there’s a character you don’t enjoy reading about as much as the others, but Wein has put the same care into each of the three, making this a very hard book to put down!

My favourite character though was the woman Louisa has arrived to look after, Jane Warner. I love a stubborn old woman in a story and Jane is certainly that. She’s lived life on her terms and is determined to keep doing so, age or war be dammed.

For a book set largely at a Scottish pub in the middle of nowhere, there’s no shortage of action. All three of the main characters are active, determined to play their part in the war effort and keep busy. This is a story with a surprising amount of joy within its pages, as well as the sadness and anguish of war.

I had such a good time reading this book, I’d really recommend it, whether or not you’ve read any of Elizabeth Wein’s previous books. 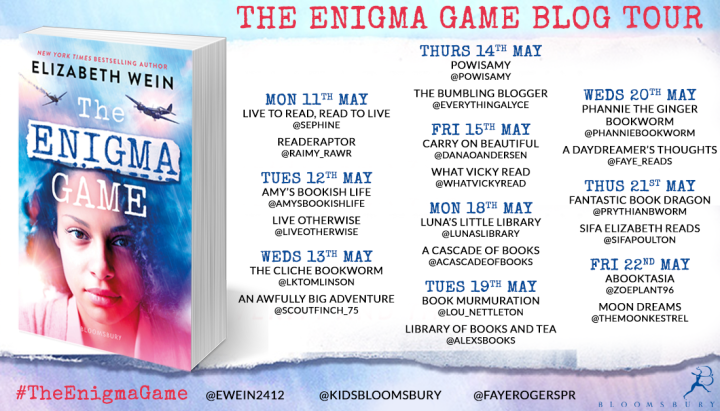 The Enigma Game is out on the 14th May 2020. If you liked this, you’ll like The Book Thief by Marcus Zusak.

2 thoughts on “The Enigma Game by Elizabeth Wein | Blog Tour” 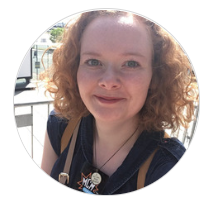 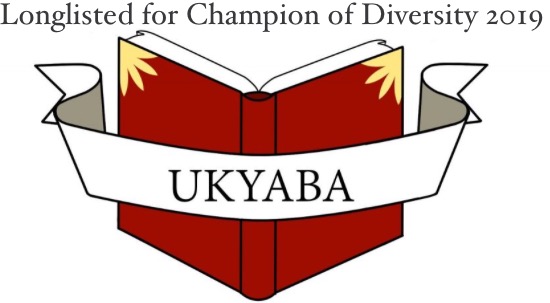